An image of “the head up” 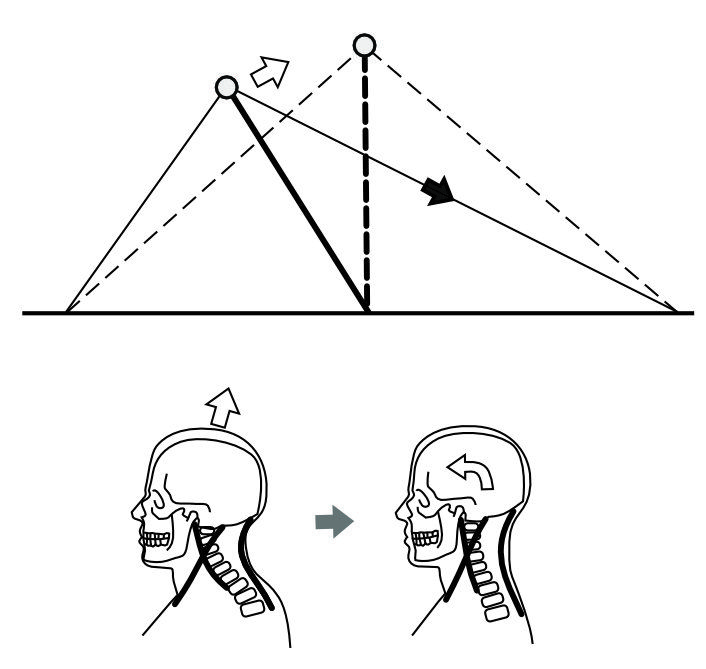 If we pull a rope (right in the above diagram), the top of a pole moves up in rotation. Our head moves up like this kind of scheme.

“Up” is generated by mainly the muscles in the back, working together with the muscles in front. The head actually moves up a little bit rotating counterclockwise in sagittal plane (when a person faces to left like diagram). There are some more muscles involved in this movement, though. By the way, our movement are mostly rotation.

Just intend “the head up”

What pulls the head back and down? 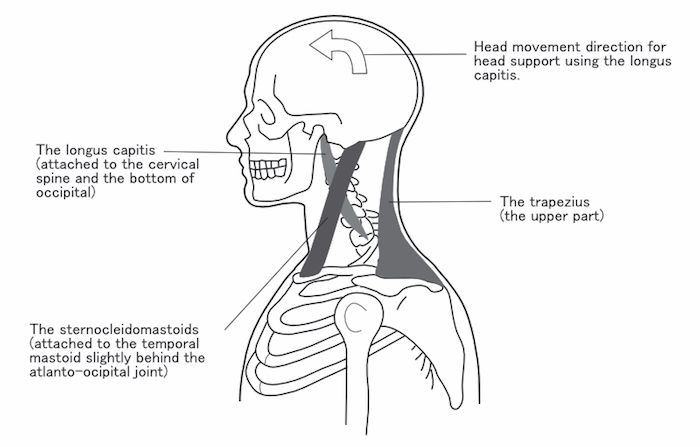 
The reasons for our thinking of the head and support

What is the primary control? - A hypothesis of its mechanism

By the way, the sub-occipital muscles are more for stability and fine tuning of vision, hearing, and smelling according to the text book, “Kinesiology of the musculoskeletal system”.

Hi, I am Paul Aoki and a certified AT teacher. I give lessons in my own studio called “Miwaza Lesson” in Tokyo, Osaka, and Nagoya. I have taught the AT since 2010 and live with just teaching it. I teach the AT with my original approach, which is quite effective. I share this approach in this blog site. More profile is here.